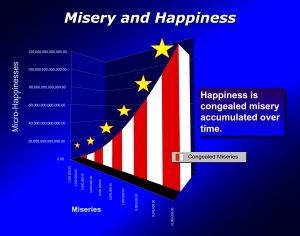 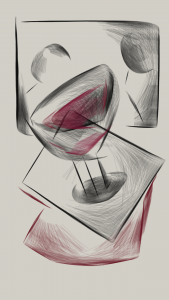 >> Draw your own version 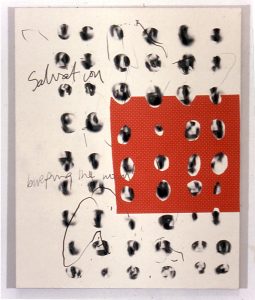 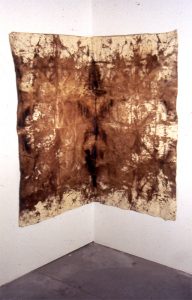 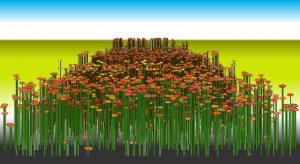 Radiation Garden – Displays ambient radioactive activity for Harlem, NYC
I had to turn this off.

This piece animates the words taken from the “meta” tags of various pornography sites. Meta tags are the lists of words placed inside web pages that define the content of that site for categorization when search engines spider or examine the site as it is placed in the search database. When strung together as I have done here they make for a furious Tourette’s like burst of sex words. Each one dances according to a script I have written and is randomly assigned a bright color – in deference to the common design language of the sites from which the words come. The cursive font used to display the words is Duchamp’s handwriting as seems only fitting for a piece that is more about the problems of fulfilled sexual union and the repetition of thought about sex. 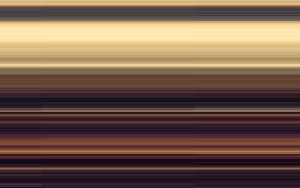 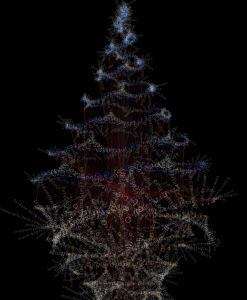 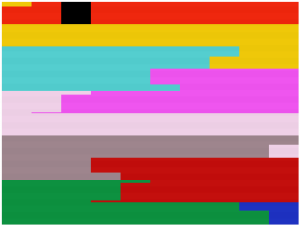 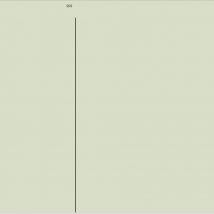 Mile Long Page
A page that is one mile long in pixels, based on the old standard 72 dpi of CRT monitors.

Code Reflection
Text from a list of Java code from Pace University faculty and students, or from text for 49 Androgynous Demons was fed into this piece as well as the code used to generate the piece itself (real reflection) 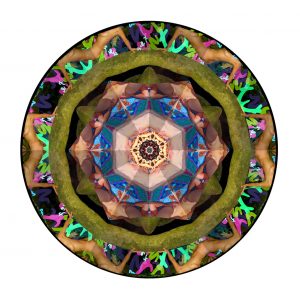 Everything Made Pretty
A digitally projected Kaleidoscope spins and folds images back onto themselves. The images have an odd familiarity; they are all randomly sampled from various internet sites across the vast expanse of the world wide web. Pornographic content, advertisements, photographs, and keyword text are all fed into the kaleidoscope and manipulated together. The effect is remarkably sedating. Though the spectator is inundated with visual information, they are unable to process the original contextual significance of any individual image. The images and text lose all semantic meaning, rendering them as purely decorative. All forms fuse into one beautiful, ever-changing ornamentation. As the kaleidoscope shifts and turns, the result is both pacifying and mildly hypnotic. This digital Kaleidoscope mirrors the daily visual experience of the contemporary American consumer. Constantly oversaturated by a profusion of digital stimuli, we become increasingly anesthetized to meaning-content. Accordingly, the overwhelming amount of information presented to the viewer through the kaleidoscope cannot be processed all at once; it blends together into one composite. This kaleidoscope app was shown at vertexList and CANADA.